Here’s an authentic Viking recipe from the previously-discussed book An Early Meal a Viking Age Cookbook and Culinary Odyssey. It uses simple ingredients that would have been common in Viking age Scandinavia: coarsely ground oats, leeks and kale–two easy-to-grow vegetables that are cold-hearty–and herring, a commonly caught fish during the Viking period, which was often preserved by smoking. We grow both kale and leeks in our own garden on our farm, and they tend to survive through the winter most years, providing a fresh winter vegetable when such tend to be scarce. Jeanette and I have prepared this dish a number of times and find it makes a delicious and hearty meal. The proportions given are for a batch to feed two.

Leek: slice two to three inches of the white portion of a leek stalk into thin rounds, and finely chop a similar amount of some of the tender inner green tops. Sauté the leeks in butter in a saucepan until they become translucent and tender. 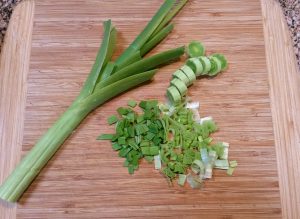 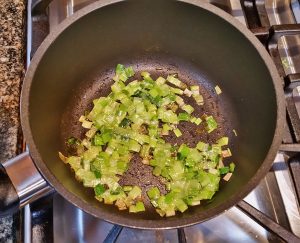 Oats: the closest readily available modern equivalent to oats that were coarsely ground are steel-cut oats. Do not use rolled oats—the cooking time, taste, and texture are totally different. I use Bob’s Red Mill Golden Spurtle Steel-cut Oats (a good Oregon company!), but McCann’s Irish Steel Cut Oats are also a good choice. For the Bob’s brand, use a one-to-three ratio of oats to water, adding 2 ¼ cups of water and ¾ cups of oats to the saucepan, and bringing it to a boil. Add a pinch of salt, turn the heat down to a low simmer and stir periodically. The total cooking time on the oats will be between fifteen and twenty minutes. 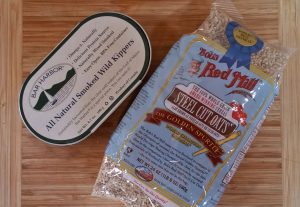 Kale: While the oats are simmering, take two or three leaves of kale, cut or tear out the larger stalks and discard (we feed them to our sheep), and tear the leaves into bite-sized pieces. On this occasion, we used a mix of curly green and purple kales. It will help to tenderize the kale leaves if you roll them back and forth vigorously 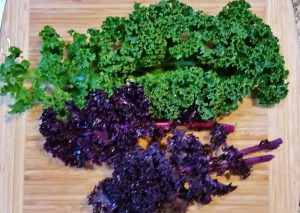 between your hands until the leafy part feels somewhat soft and limp. After the oats have cooked for about ten minutes and are beginning to thicken, stir the kale pieces in and continue to simmer until the oatmeal mix is creamy in texture. Turn off the heat, cover, and let sit for about five minutes. 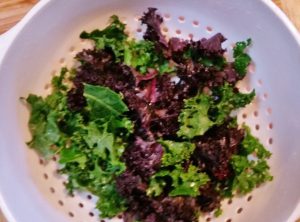 After the oat mix has rested, stir in about 1 ½ teaspoons of butter and serve. Although the oatmeal is good on its own, it really adds to the savory flavor to do as the original recipe in the cookbook calls for and take a large chunk of smoked herring, break it up in the bowl with the oat mixture, and stir it in to meld the flavors. There are numerous brands of smoked herring (also called kippered herring) readily available. We like the Bar Harbor brand because of its smoky taste, and find one can holds enough to use for two batches of this recipe. 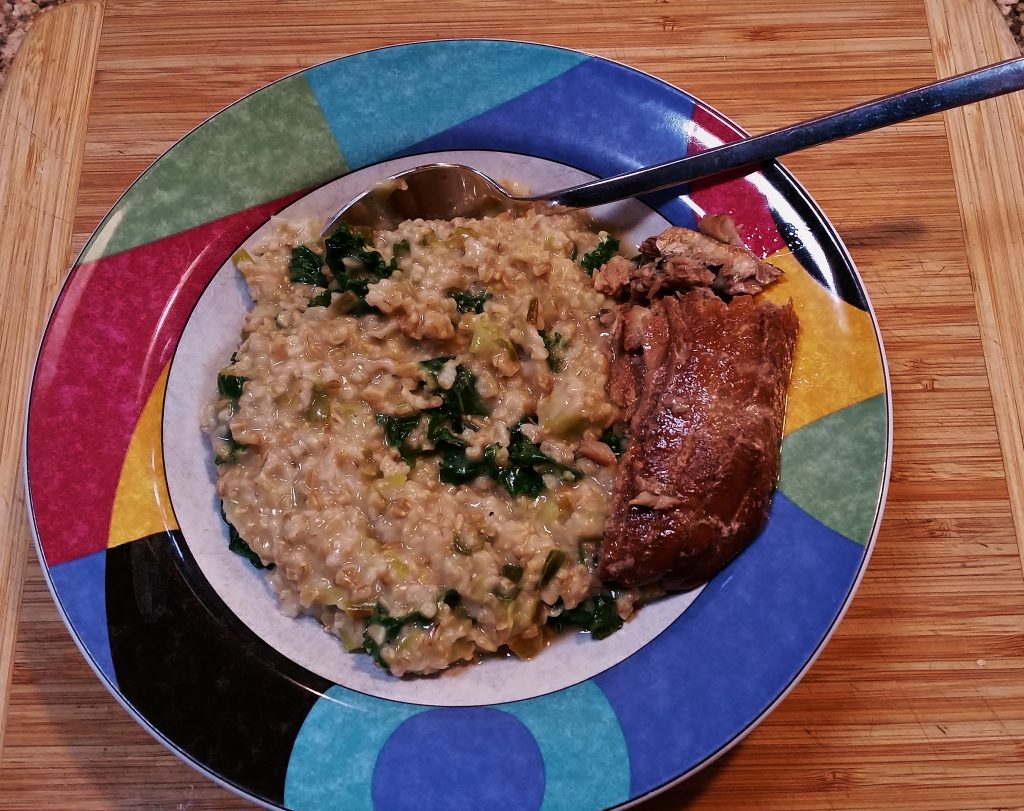